Oxford Street, London’s famous shopping district, measures 1.2 miles, end-to-end. It was built on the foundation of the Via Trinobantina, a Roman road linking Camulodunum (modern-day Colchester) to Calleva Attrebatum, located in modern-day Hampshire.

Perhaps the longest road in London is Green Lanes, measuring a whopping 6.3 miles. It runs north-to-south from Winchmore Hill down to Newington Green. Were you to walk it, it would take you about two hours, if you kept a steady pace.

Green Lanes is, however, not technically a residential street – it’s a major arterial road, forming part of the A105.

The honour of longest residential street in London – that is, not an A road, but a standard street – goes to Rotherhithe Street, located in Rotherhithe.

Rotherhithe in Southeast London is located on the south bank of the River Thames, west of the Isle of Dogs. Once, it was defined by the shipping industry. It is now a largely quiet, sleepy residential area, with the only noise coming from planes overhead.

Served by the London Overground’s East London line, it’s an easy commute from the area to the financial districts.

Rotherhithe Street measures approximately 1.5 miles in length. Walking at roughly standard pace, it will take you around 35-40 minutes to walk it non-stop. However, there are a few spots that are worth stopping for.

You can find your way to Rotherhithe Street from Rotherhithe Overground station. You will find its northwesternmost end just past a pub called The Ship, the first landmark on the walk.

As you begin your walk facing east, the first buildings you will pass are old warehouses, now converted into residential blocks. Some of these buildings still have cranes and other fixtures still attached to them, as a sign of their heritage. Take a look, but don’t touch or photograph them – they are, after all, affixed to people’s private homes.

One of the first landmarks proper you will pass is St. Mary’s Church, where Prince Lee Boo is buried. Prince Lee Boo was the son of the ruler of an island in modern-day Palau. He was one of the first Pacific Islanders to visit Britain, arriving in 1784. He apparently made quite a splash in London high society. Sadly, he died later that same year from smallpox, aged just 20. His body, unable to be repatriated, was buried in London.

As you move along, you will pass The Mayflower, the second pub on your walk. You will also pass the Brunel Museum, which sits atop the famous Thames Tunnel built by Marc and Isambard Kingdom Brunel. The tunnel connects Rotherhithe and Wapping. If you visit by crossing the river via Overground, you will actually pass through this tunnel.

A little further along is Cumberland Wharf Park, a charming little garden that offers riverside views of the London skyline. Additionally, you will find some information about the area’s history on signs and plaques.

As you move further eastward, you will pass a fat, squat building that once served as one of the entrance shafts into Rotherhithe Tunnel. Built in 1908, there is still an iron spiral staircase inside it. However, the local government closed it in the 1970s, due to fears that terrorists could exploit it.

On your right, you will also be able to see an old gasometer – since disused. It’s one of many gasometers in London awaiting demolition.

You will then use a wonderful 1930s bascule bridge to cross a waterway. This was once used to allow boats access to inland dockyards, such as Surrey Water and Canada Water. After that you will come upon the third pub on your walk, The Salt Quay. This is a Greene King-owned establishment that offers your standard beer and pub grub.

After this, the road becomes far more residential, though by no means less historic. Buses serve the eastern end of the road after the bridge, because the bridge has bollards and height restrictions preventing buses from using it. The proximity to the Docklands also becomes more apparent, with the imposing Canada Square towers looming over everything.

Moving further southeast, you will pass an old fire station that has been converted into a block of flats. Following this is your fourth and final pub of the walk – The Blacksmiths Arms.

A little way past the pub is the Georgian-era building Nelson House, now a set of offices not accessible to the public. The building is next to Nelson Dock, which river bus services still use today. The RB4 Thames Clippers service to Canary Wharf serves the pier. And yes, before you ask – some commuters in the area do use it to get to work!

Heading south now, you’ll pass Durand’s Wharf, a small park. You’ll find a strange electrical substation that resembles a sort of mushroom, and an outdoor gym. From the riverside you have a very clear view of the Cascades, a postmodern residential building erected on the Isle of Dogs in the late 1980s.

As you reach the end of the walk along London’s longest residential street, you pass into the Surrey Quays neighbourhood. You’ll walk past Surrey Docks Farm, one of several city farms that you can find in South London. You don’t have to go in to know it’s there – you’ll be able to smell it!

The end of Rotherhithe Street: Not with a bang, but a whimper

And then, as with many things in London, Rotherhithe Street putters out, having shown you all its delights. At its southeastern end, you’ll find little to look at but a few blocks of flats. You will then find a set of steps that take you up to Salter Street, where you can catch a bus back to your starting point, should you wish for one.

Walking along Rotherhithe Street isn’t just one of many pleasant and historic walks in London. It’s also a reminder that you can find things of interest in even the most humdrum places. The battlements of the Tower of London or the Roman Wall this isn’t, but that doesn’t mean there’s nothing to see.

There is a wonderful concept known as “psychogeography”. This involves the exploration of urban environments in unusual or arbitrary ways. It attempts to break away from “usual” routes and experience place and space as something direct, rather than the dullness between point A and point B. A psychogeographic walk along a road like Rotherhithe Street can provide a sense of playfulness to your day. There’s a tangible escape from the tacky tourism of the city centre and the dull daily march from the office to the Tube station, then back home.

The joy of walking isn’t reaching your destination. It’s anchoring yourself in the here and now, so that the world as it is becomes more apparent.

If you’d like to buy a house on Rotherhithe Street, prices start at £575,000 for an unfurnished apartment as of this writing. There are also properties available for rent. 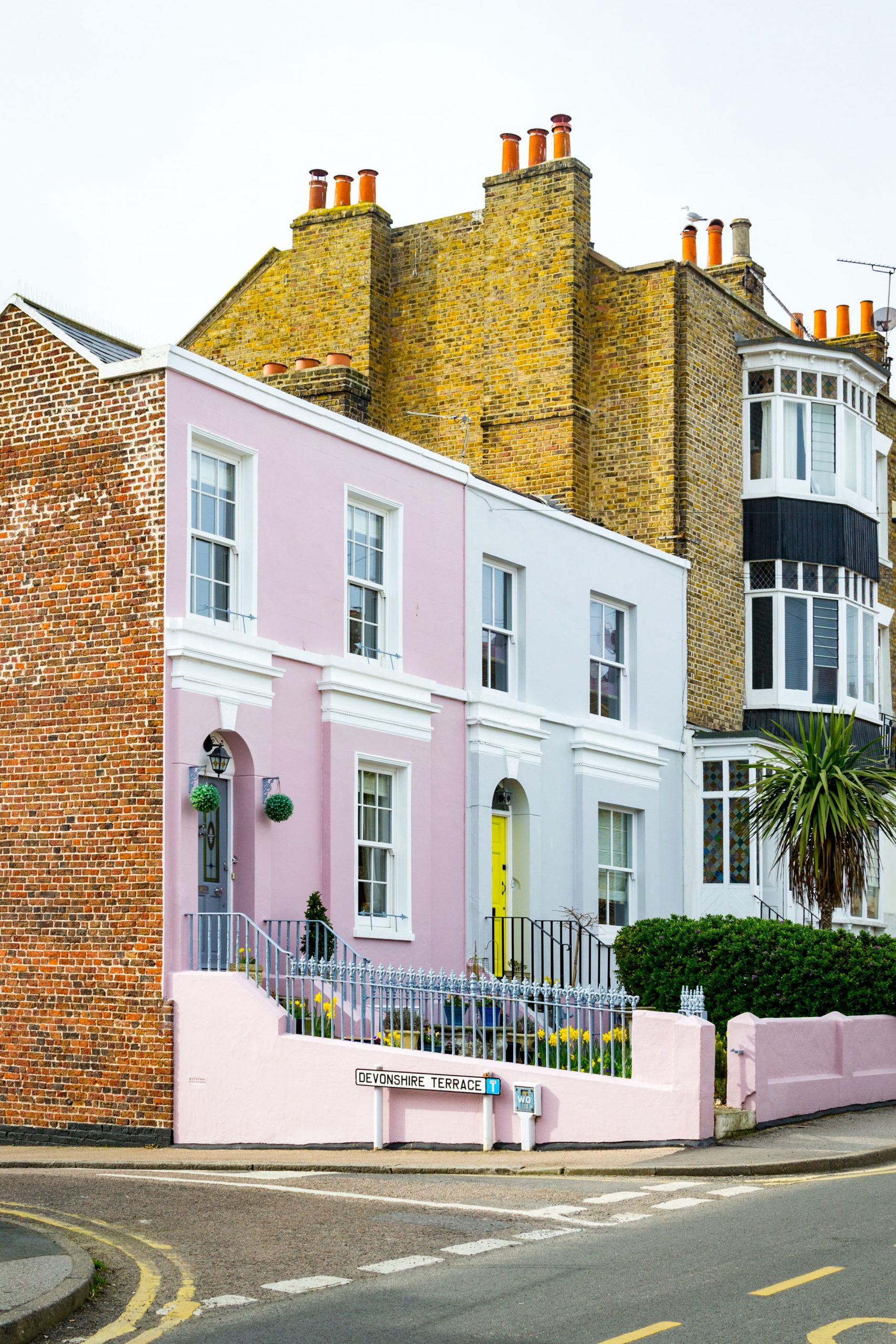 House viewings: the questions you should be asking 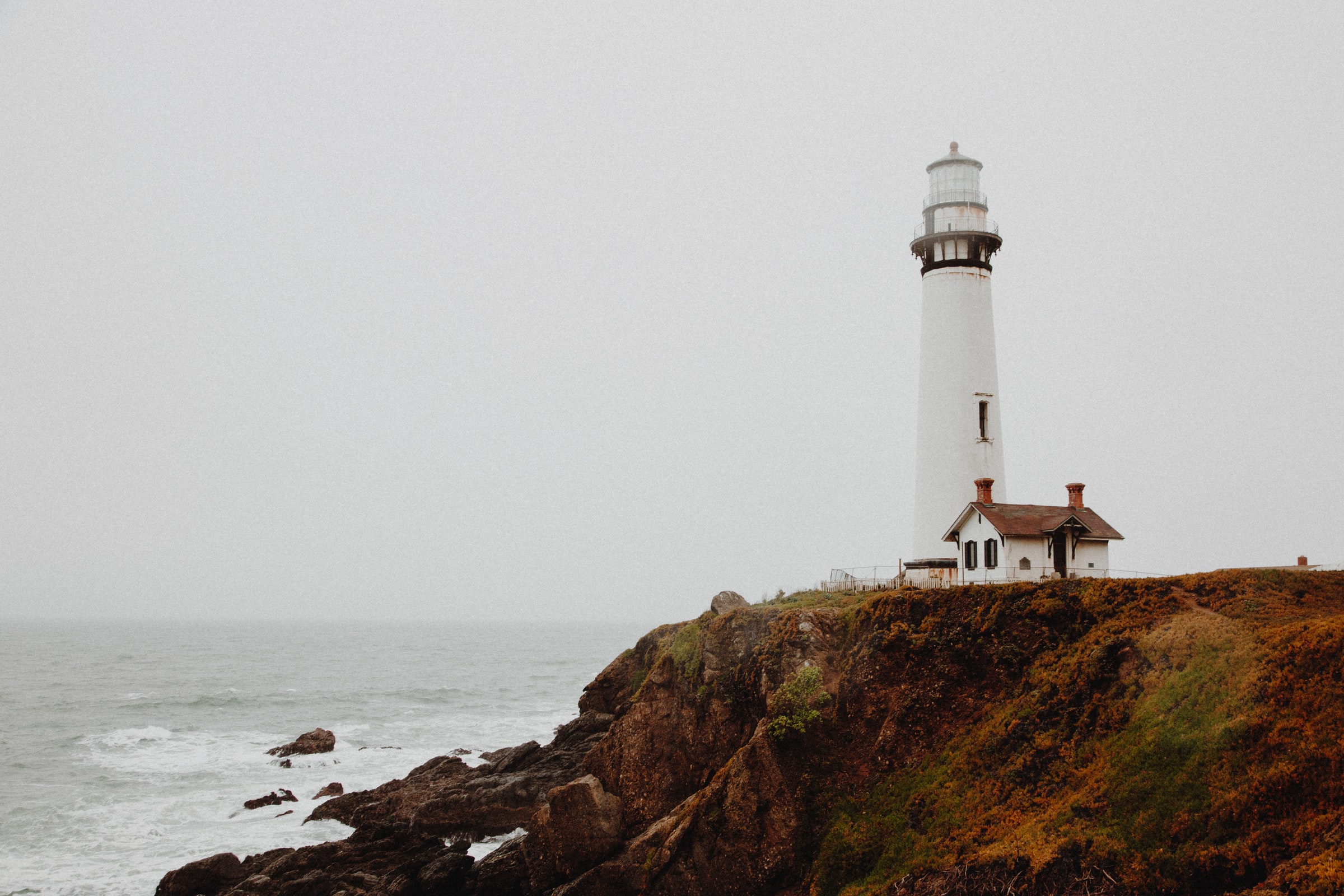 Unusual home ideas for you to consider 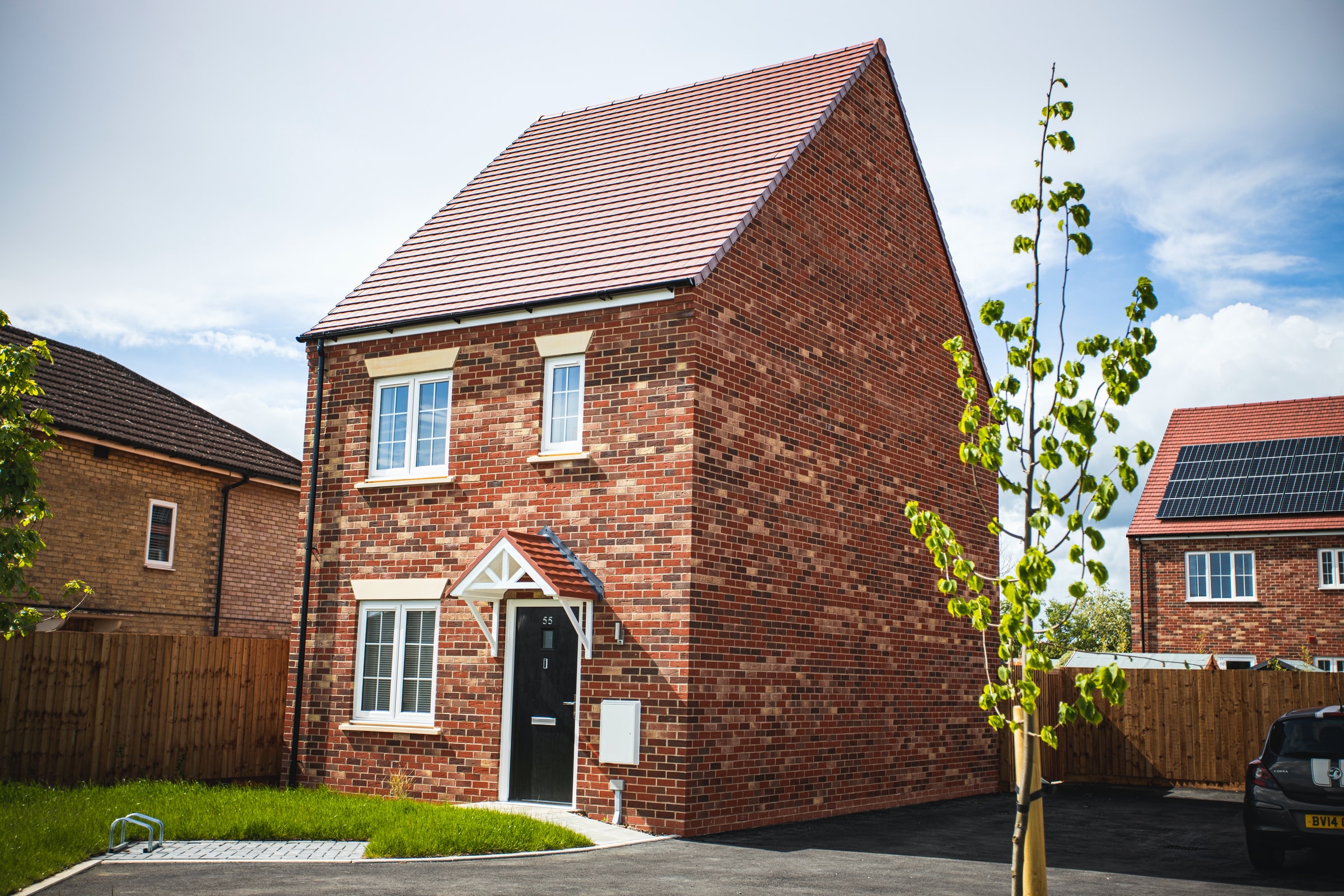 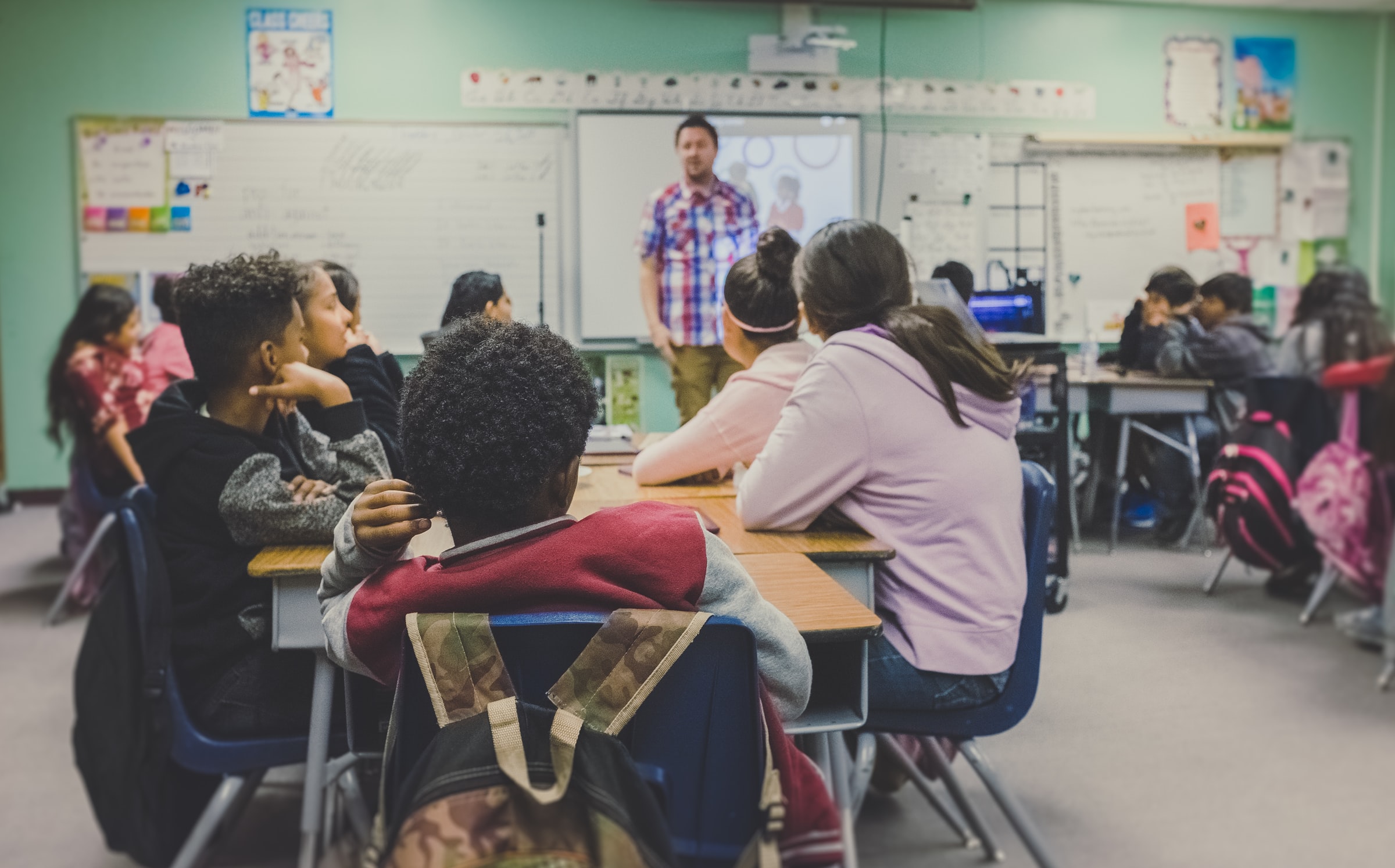 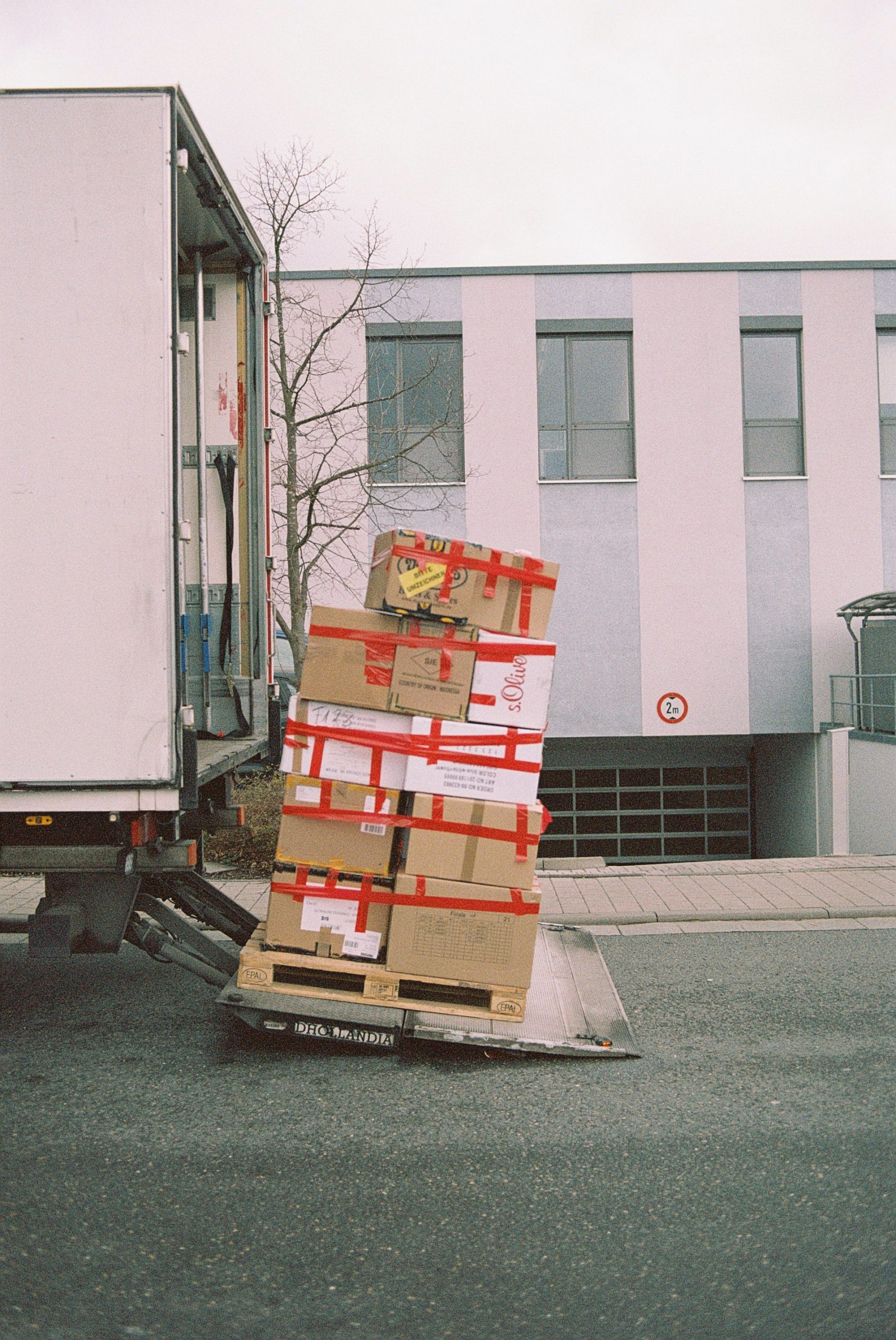 Should I consider moving away?

What is a Notice of Correction in my credit report? A walk along London’s longest residential street Getting a bad credit mortgage What credit score do I need to buy a house? Lifetime ISAs: What you need to know